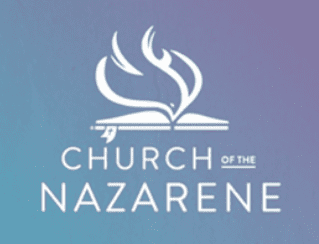 About 70 young people made decisions to follow Jesus Christ at a video game tournament in Manchester, England.

The multi-day FIFA video game tournament was a part of Festival Manchester, an evangelistic event held 1-3 July in Wythenshawe Park. George Herrera, a student at Nazarene Theological College—Manchester, led the tournament as part of his ongoing video game ministry to teens.

“Most of the young people we engage with are unchurched youth,” Herrera said. “Most of them have never been to church or [have even] heard about Jesus before.”

The teens’ love for football and video games draws them in so that Herrera and other youth workers can build relationships with them. When Herrera was approached to run a tournament at Festival Manchester, God began opening doors for the tournament to be even larger than some of the ministry’s past events.

Some of the festival sponsors provided the latest technology and gaming consoles for tournament participants. In addition, they gave away a PlayStation 5. Students from Nazarene Theological College volunteered at the tournament, promoting the college and serving the youth of their community.

During each day of the tournament, the volunteers held a “timeout” called Gospel Time in which individuals gave testimonies of how God transformed their lives. Afterward, leaders and volunteers helped connect those who made decisions for Christ with a local church.

Herrera, who is currently finishing his master’s degree at Nazarene Theological College, has been ministering to youth in the area through video games for several years. He called the work difficult, likening it to a pioneering effort.

“I think to myself very basically, what would Jesus do?” Herrera said “If Jesus was alive right now, would he be playing video games? 100 percent.”

Herrera pointed to a young man* who attended the tournament as evidence of the work God is doing through the ministry. The man came with his friends, who got into a fight with another group of boys.

Herrera and other leaders were able to de-escalate the situation, and the young man appeared again the next day at a smaller, follow-up tournament. That day, he heard the gospel and accepted Christ.

The speaker at the event was a Christian rap artist in England who was able to connect the young man with an apprentice program at a recording studio.

“His life could’ve taken a severe turn for the worse,” Herrera said.

While there is competition involved in the ministry, leaders demand sportsmanship from those who attend events or come to the group regularly.

“I tell them, ‘This is a tournament. Every single one of you is going to lose, except for one,’” Herrera laughed.

Ultimately, he believes video games are part of God’s creation and something that the church can and should utilize as a tool for evangelism and discipleship.

“I think that it’s a great feature of culture that we can leverage to allow video games to fulfill their true purpose, which is to reveal Christ,” Herrera said.

Students look on during a video game tournament held at Festival Manchester.